Belle Beth Cooper
Belle is an iOS developer and writer. She’s also a co-founder of Hello Code, a Melbourne-based startup.
May 02, 2017 · 6 min read 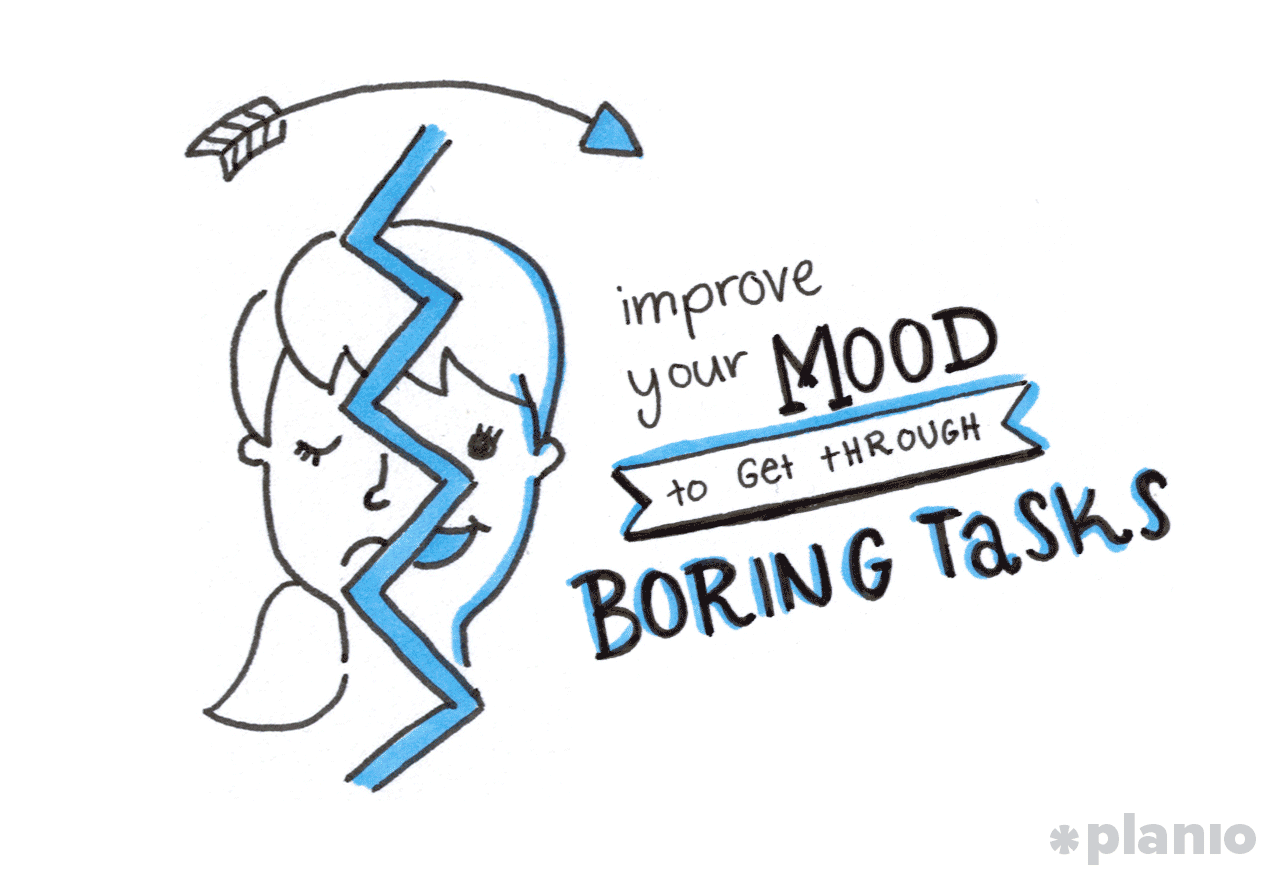 I write only when inspiration strikes. Fortunately it strikes every morning at nine o'clock sharp. — Somerset Maugham

I've always liked this quote, in theory. I love the idea of hard work, and being disciplined enough to show up every day, put your head down, and get things done without complaining.

But it's not always that easy. For some of us, getting motivated is an everyday battle. Scientists say procrastination is a form of mood repair. That is, we put off the work we know we should be doing in order to do something else that will make us feel good. We don't want to experience the uncomfortable feelings that come with doing our work like boredom, frustration, or stress. So we play video games or watch TV or browse Reddit to make ourselves feel good.

This sounds bad, right? If mood repair is basically procrastination, surely we should learn to ignore our moods and use discipline to get our work done instead, like Maugham.

Well, maybe not. A study on how our mood affects how we choose to spend our time found something fascinating about how we tackle annoying or boring tasks. It turns out we're more likely to complete boring tasks that we've been putting off when we're in a good mood.

We’re more likely to complete boring tasks that we’ve been putting off when we’re in a good mood.

Based on this research, improving our mood before we focus on work may just be the productivity boost we've all been looking for. If you, like me, end up with a backlog of "I should do that someday" tasks on your to do list, try setting aside time to improve your mood before your workday starts, and you may just find you're magically getting through that backlog without even trying.

Improve your mood by eating less

While a common idea about dieting is that eating less makes you cranky, this isn't necessarily true. Research on reducing calorie intake found that not only did eating less provide health benefits, it actually made people feel better, as well.

The study split participants into two groups and followed them for two years. One group continued their normal diet, while the other group cut their calorie intake by 25%.

After the first year, the calorie restricted group reported better sleep quality. At the end of the second year, they also reported reduced tension, better health overall, and better mood. They also lost almost 12% of their body weight, on average.

Compared to the control group, these are huge results. The calorie restriction, however, was major. Researchers warn that cutting 25% of your calorie intake is a big life change, and not something to be taken lightly. You should speak to a doctor before considering a drastic change like this—and think about changing your environment. As one of the study's researchers, Corby Martin, says of anyone trying to restrict their calorie intake, "...it is just really hard to adhere to these diets over the long term, at least in today's society... They're minnows trying to swim upstream, in a world where it's very easy to over-consume calories." 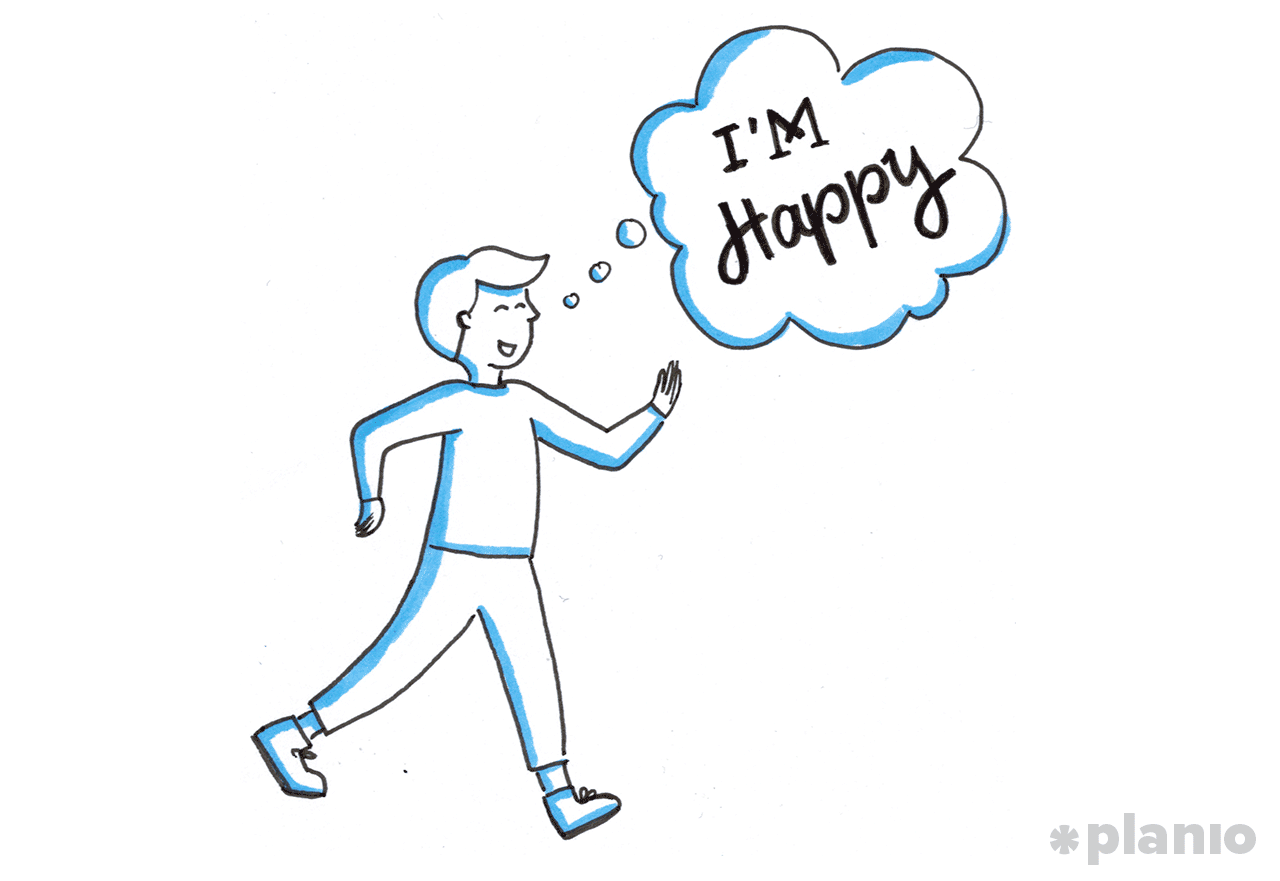 You might've heard that smiling will make you feel happier. This is because our actions influence our thoughts. But it's not quite that simple—we can't convince ourselves to be happy with a fake smile. It's only when we have the internal, positive thoughts to match, that expressing a smile improves our mood.

However, one study found that changing our gait can change the way we think. The researchers in this study shared a list of words considered negative and positive with the participants before asking them to walk on treadmills. Participants were encourage to either walk with an upbeat gait (think good posture and swinging arms) or a downbeat gait (for instance, slumping). Feedback from the treadmill encouraged them to change their gait without giving it a name—participants simply adjusted their gait until the treadmill was happy, without knowing they were doing something "positive" or "negative."

Afterwards, participants were tested on how many words they could remember from the pre-treadmill list. The study found that those who walked on the treadmill with an upbeat gait were more likely to remember positive words from the list, and those who walked in a downbeat manner remembered more negative words.

Previous research has used this word memory approach to prove the more positive your mood, the more likely you are to remember positive-sounding words from the original list.

When we combine these two findings, we can see that changing your gait appears to affect your mood. This is an easy approach to add into your morning before work starts—simply adjust your gait consciously as you get ready for work, walk to a café for your morning coffee, or walk to your desk when you arrive at the office. Swing your arms, look straight ahead, and keep your back straight—you'll feel a difference immediately, but you may be surprised at how much better you feel by the time your workday starts.

Get around trees to feel happier 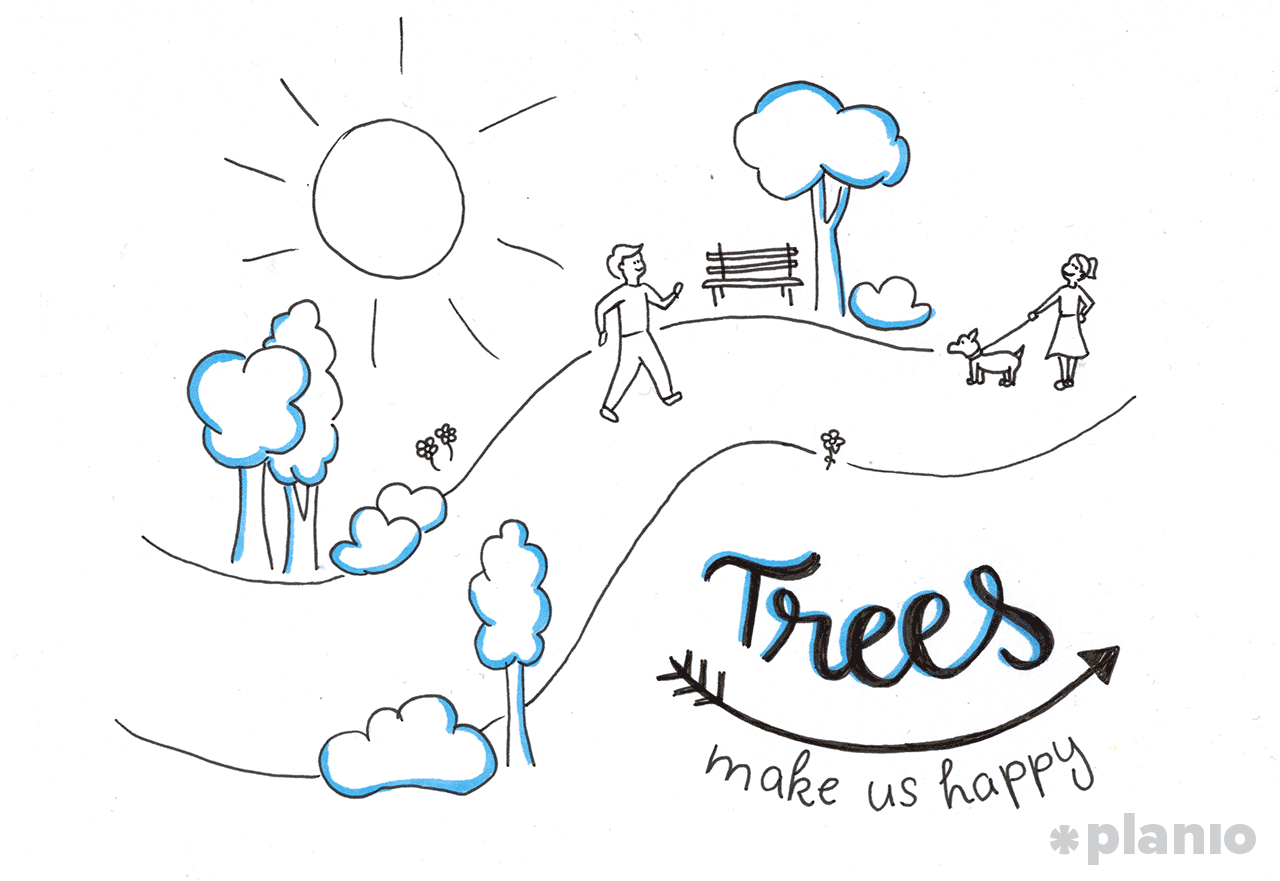 It's common knowledge that exercise is good for us—our general health, our cognitive functioning, our fitness, and even our mood are all improved when we exercise.

We all tend to brush off things we know we should do, so to put a little spin on this age-old advice, try not just exercising, but specifically taking a walk somewhere very green. A park full of trees is ideal.

If you work in an city, this is a particularly important finding for you. Studies show city dwellers are at higher risk of anxiety, depression, and other mental illnesses, and have a disproportionate tendency to brood when compared to those who live outside urban areas. Although most of us like a good brood now and then, extensive brooding can sometimes be a precursor to depression, so it's not a good sign if you're doing it often.

The good news is that studies have found walking in a green space is a great mood booster. City slickers tend to have a higher incidence of psychological problems in particular when they have limited access to green spaces.

But it's not just a long-term issue. You can get a quick mood boost from taking a walk in a park at lunchtime. A study at Stanford asked two groups of people to take solo walks at their own pace either near heavy traffic or in a lush, green area of the Stanford campus.

After their walks, those who'd been sent to the green area were happier and more attentive.

Other research has found that walking in nature can also lead to a slight decrease in brooding behavior.

And finally, for those of you who can't get to a park full of trees for a walk, here's a fascinating finding from another study: just seeing trees can actually improve your wellbeing. One study found that "an additional ten trees on a given block corresponded to a one-per-cent increase in how healthy nearby residents felt." Simply having trees around us makes us happier.

So if you can move your desk to be near a window with a view of trees, or just pop down into a courtyard to see some greenery, it won't feel like much but it could make a huge difference.

Simply having trees around us makes us happier.

8 a day keep the sad moods away 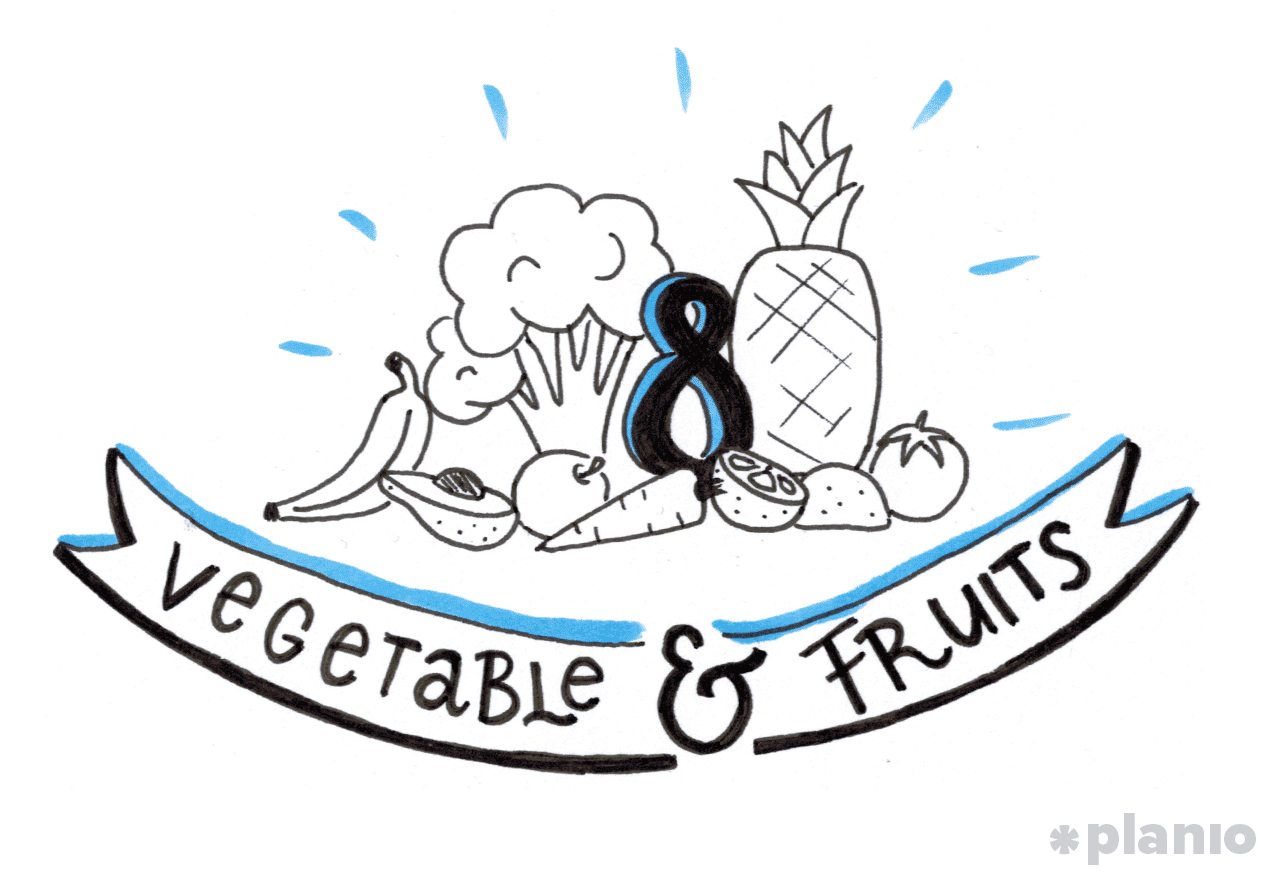 As with exercise, we all know we should eat lots of fruit and vegetables. It's such common knowledge that most of us never get around to implementing.

Researcher Andrew Oswald says this is because the benefits of exercise are often intangible and far away—preventing cancer, or improving our health in old age, for instance.

Oswald is one of the authors of a study that looked at the eating habits of 12,000 Australians over several years. Some of those 12,000 people were convinced to go from eating zero serves of fruit and vegetables per day to the recommended eight, and the results were fascinating. The researchers found that eating more fruit and vegetables improved the mood of those participants so much that they equated it to being offered a job when you're unemployed.

Oswald says immediate improvements in our wellbeing may be the reward we need to finally change our eating habits:

People's motivation to eat healthy food is weakened by the fact that physical-health benefits, such as protecting against cancer, accrue decades later. However, well-being improvements from increased consumption of fruit and vegetables are closer to immediate.

You may not feel great right after you eat a banana, but eating a banana every day could be a great way to start your day in a better mood. The study found happiness increased per serve of fruit and vegetables up to eight per day, so if you're eating less than eight now, you've got plenty of happy food to start eating. 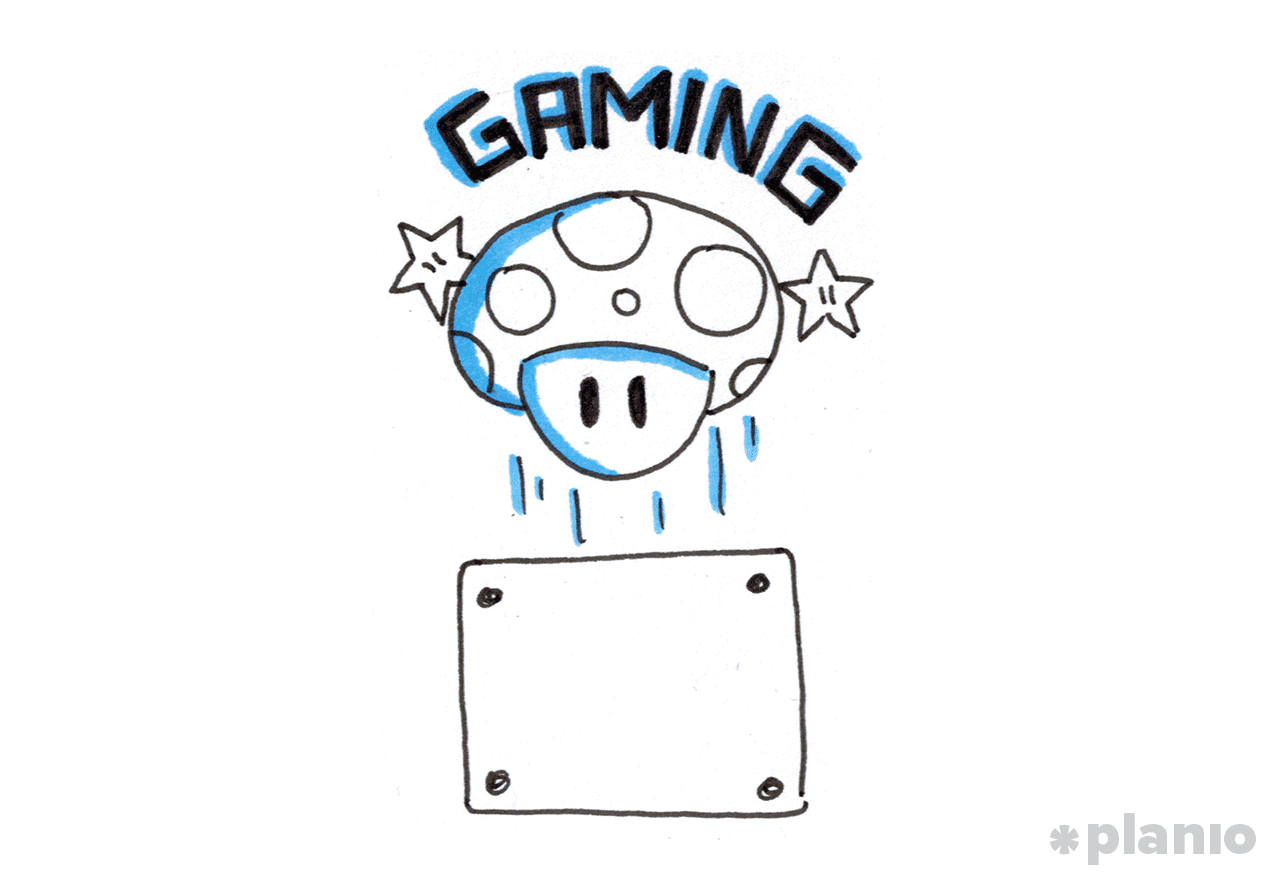 Finally, perhaps the most fun strategy on this list. If you already play video games regularly, it's likely you do so as a way to relax. This is a common reason giving for playing video games, but it turns out there's some science backing up this effect, too.

Studies have shown playing video games can improve the mood of players, thus reducing depression and hostile feelings. It's also been shown that indications of stress are reduced during gameplay, even when playing a game that seems stressful in itself.

One study in 2014 at University College in London looked at the time spent playing video games by 491 people, as well as their ability to recover from work-related stress each day. The study found a correlation between hours of gameplay and how well the participants recovered from stress.

Though no causal relationship has been proven, there's plenty of evidence pointing to a correlation in relaxing and improving mood and how much time we spend playing video games. If you're already a gamer, you now have another excuse to continue your favorite hobby. For those who aren't, do you need more evidence to spend some time playing games? I know I don't.

There’s evidence pointing to a correlation in relaxing and improving mood and the time we spend playing video games.

Only you know what improves your mood most. But if you're not sure, there are plenty of ideas to test in this list. Science says these approaches tend to improve the mood of most people, so they're worth trying out.

Start your day with a little mood booster and watch those boring tasks fly off your to do list. 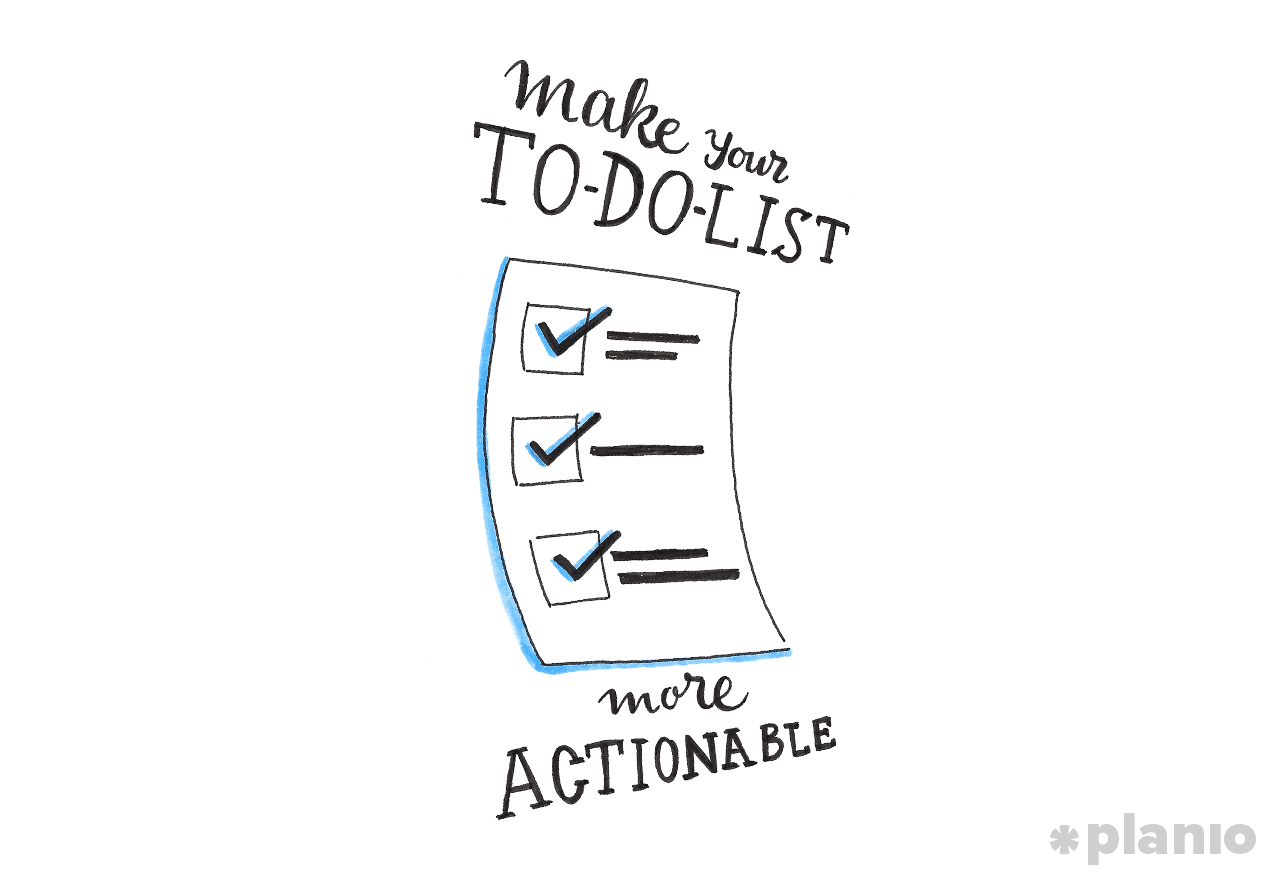 How to Make Your Work To Do List More Actionable 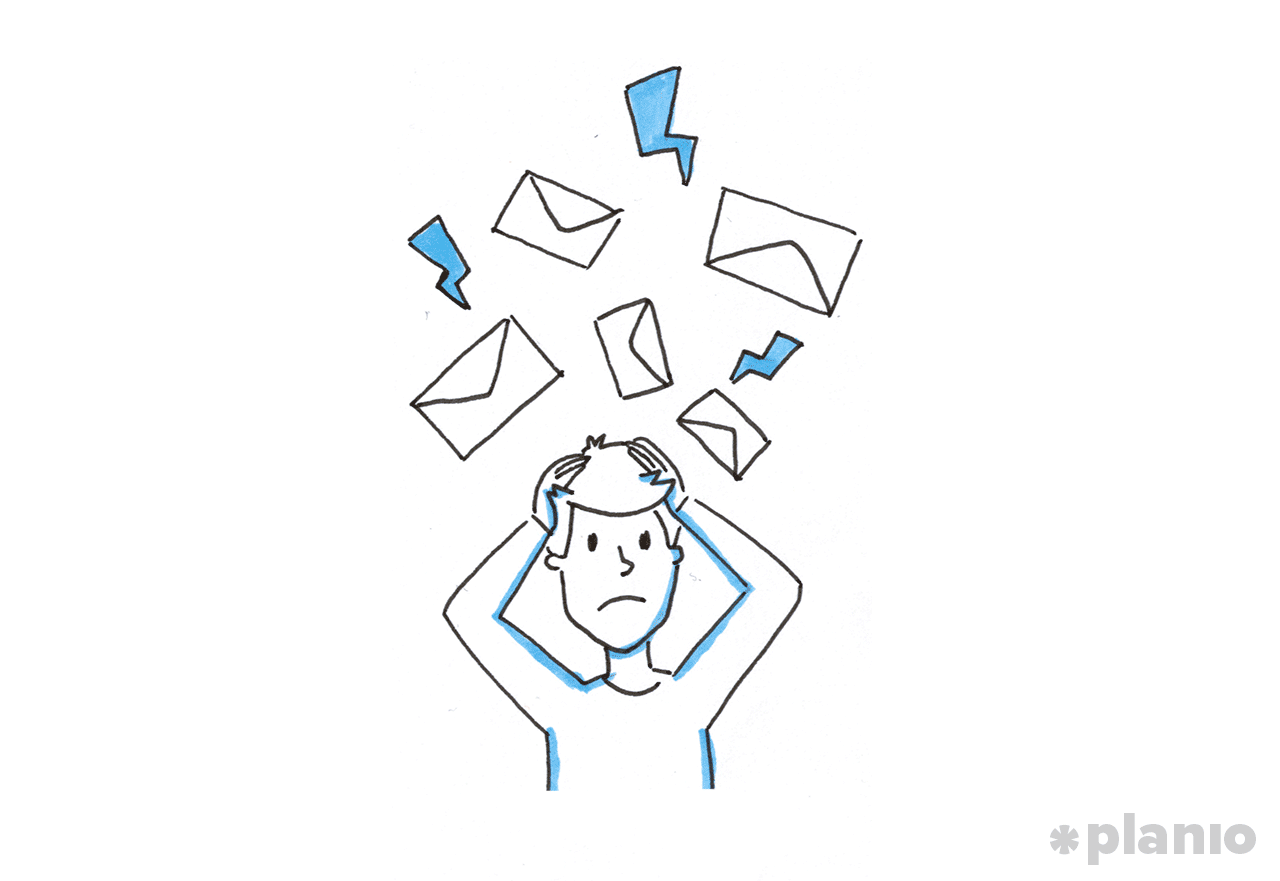 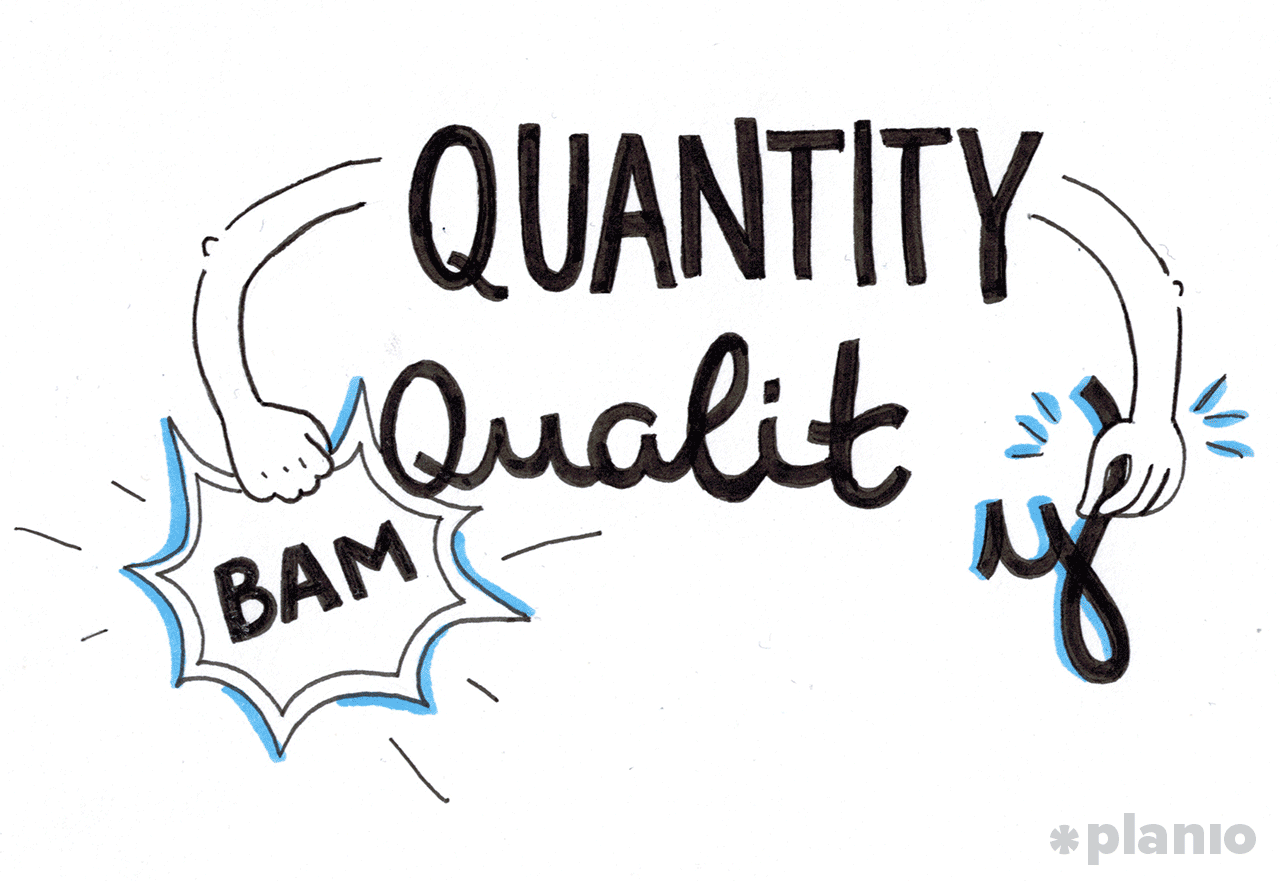 Why quantity beats (and creates) quality