If you've been to a hackathon before, you'll know there's something special about the atmosphere. It's the same for those times when you catch up with a group of friends to work together, or head to a café when you need to buckle down and get some work done.

The buzz of having people around you working on new ideas, producing working prototypes quickly, and bouncing off each other is infectious, and is sometimes exactly what you need to get your own idea off the ground.

But hackathons tend to be for teams, or big groups of people. What about when you have a project you need to get stuck into alone? It could be a side project you've been itching to build, or something you need to move forward on so you're not holding up your colleagues.

A personal hackathon is perfect for this kind of situation. It's designed to give you lots of the benefits of a collaborative hackathon, while pushing forward on a personal project.

Why run a personal hackathon?

It might sound silly or unnecessary to hold a hackathon just for yourself, but there are lots of benefits when compared to your normal workday.

Personal Hackathons: "Just me, a computer, and a need to create something." - Brian Nelson

Most hackathons are designed with the idea of shipping something before it's over. Whether it's a one-day event or a full weekend, you're forced to focus and prioritize to get something working before the event is over.

This kind of pressure can be beneficial for personal projects. If you've had a project in mind for a while, but just couldn't find the time or motivation to get it done, a personal hackathon gives you a chance to put a deadline on your first, working prototype and push yourself to get something—anything—finished before time runs out.

Usually people hold hackathons for fun, but there is the undeniable built-in benefit that it trains you to get your ideas out the door. Ship or declare the entire day a waste. There is no middle ground. — Brian Nelson

Focus on an MVP

Late last year I had some free time around Christmas, and decided I should create an email course. I'd been thinking about this project for a while, but had never put in the time and effort to fully plan it or get started. So I set myself a deadline for the first draft. I gave myself just seven days to plan and write a seven-day email course.

The editing, rewriting, polishing, and launching took a lot longer, but without that initial time-bound push, I probably wouldn't have finished the first draft. It's very easy to get caught up in planning new projects, and dreaming about having them finished, without ever taking action. Or, for me, it's easy to get started, and lose motivation once the work gets tough or boring.

A personal hackathon pushes you not only to create something, but to make something that works, and shows your idea in action. For my email course, that was an initial draft of the course content. For an app, it might be a very basic interface and just one main function for the user to interact with.

A personal hackathon pushes you not only to create something, but to make something that works & shows the idea.

The point is to create an MVP—a minimum viable product—that you can build on. You can edit your writing later, improve your design, add more functionality. But a personal hackathon can help you overcome that fear of the blank page and inject some momentum into your project.

... perhaps more important than the quality of the work was the completeness. My team always had something to show for the long night of coding. — Brian Nelson

One of the best books I've ever read about creative work is The War of Art by Steven Pressfield. Although it's ostensibly about writing, the book includes lessons for any artist. One of these is working through resistance—Pressfield's name for that force that tells you to get up and have a break, grab a drink, or watch some TV when your work gets tough. That voice in your head that gives you excuses for not working, or tells you you're not good enough and your work is rubbish.

Everyone doing creative work deals with this. And what's great about the personal hackathon is it helps you practice pushing through resistance.

You’ll be decisive and productive, because you have no other choice.

When you're working on a deadline, and your only focus is to create something that works before you run out of time, you can't afford to let resistance encourage you to wander off and waste time. A personal hackathon squeezes a huge amount of work and focus into a short amount of time—which is precisely why it's so effective.

Just as Paul Graham says running a startup is a way to compress your working life into a few years, a personal hackathon works in a similar way—only on a micro scale. It's a way to compress the entire first chunk of work on your project into a few hours. Which means, like running a startup, it's intense, and unsustainable in the long-term, but it brings big results very quickly.

There's no place for resistance in that kind of working environment.

When the resistance starts telling you to quit when you encounter a hurdle during a hackathon, allow your desire to share your gift to overcome your desire to quit. — Brian Nelson

Planning your own personal hackathon

As developer Brian Nelson says, "Developing even your worst ideas in real life is a better use of your time than perpetually thinking about your best ideas."

If you have a project you want to push forward quickly, here's how to plan a personal hackathon to get you started. 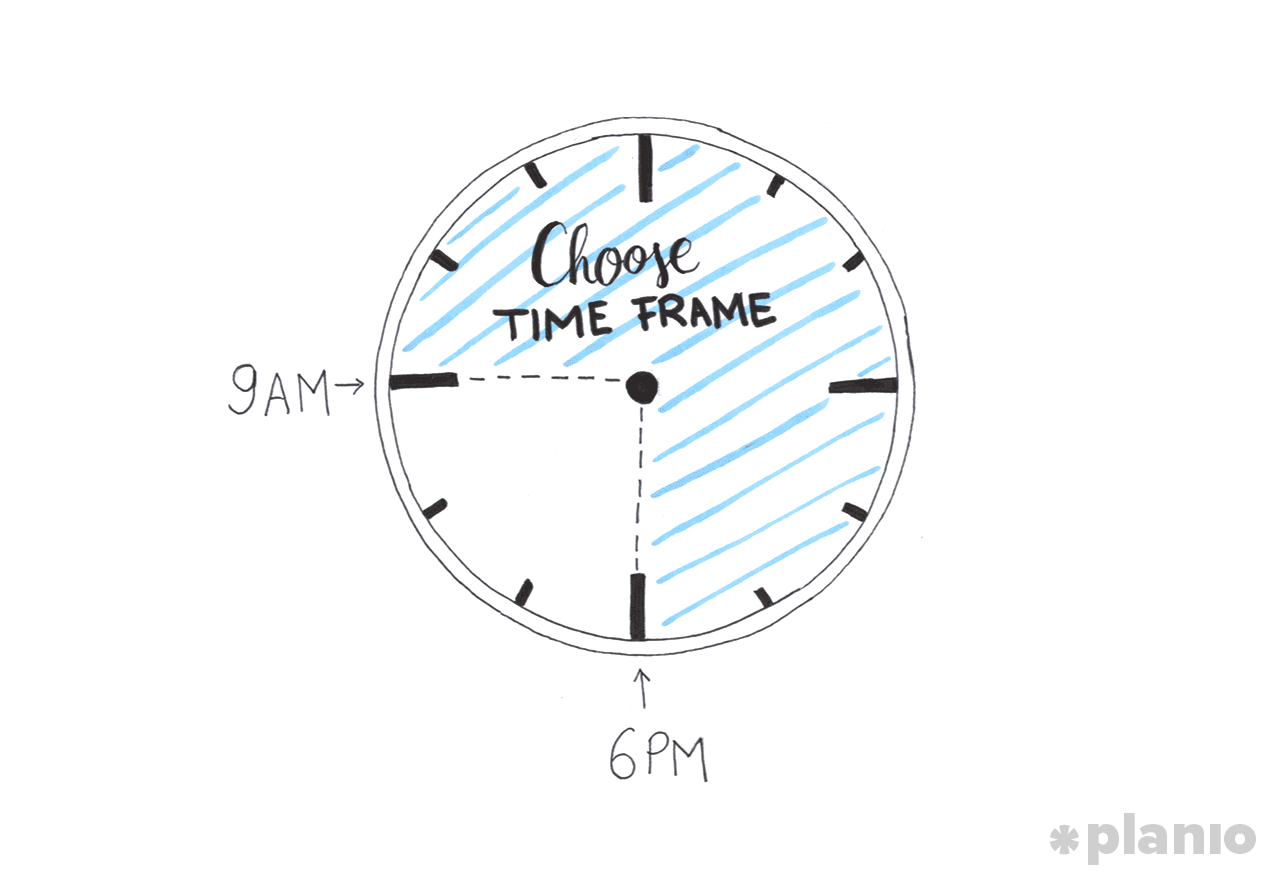 It's important to set the hours for your hackathon in advance. This will help you keep resistance at bay when the work gets tough and the hours get long, and it will help you plan what you can realistically get done.

Self Spark runs personal hackathons for groups of friends or colleagues who want some structure to their event. The company offers two hackathon lengths: a full hackathon runs 12 hours, while a short one is 6.5 hours.

When Nelson did a personal hackathon, he spent 12 hours on it. His first hour was spent coming up with the idea he wanted to execute, and making a plan for how to spend the rest of his time. Once his initial plan was in place, Nelson spent another half hour making adjustments to his plan to ensure it was a realistic amount of work for 12 hours.

But after that first 1.5 hours, Nelson started work and didn't spend any more time on planning. After all, the hackathon is all about taking action and building something new, not planning and brainstorming.

Use your hackathon to prototype a new idea, or take a chunk out of a bigger project

While hackathons are traditionally created around the idea of prototyping something new, Ev Williams, CEO of Medium, often runs "one dayers" at the start or end of big projects. A one dayer, says Williams, lets a very small team of people tackle a project with intense focus for a single day.

This can be useful for building momentum into a big project when it's first getting started. Or it could be helpful for tying up loose ends that are dragging out a project's completion. If you've been working on a big project—say, a big app update, or writing a novel—you could use a personal hackathon to push through the final stage of getting it done.

Or, you could go the traditional route, and use your hackathon to push yourself to quickly create a working prototype of a new project you have in mind.

According to Self Spark, the point of a personal hackathon is to "get as much done in a set time period as possible." 93% of attendees to their personal hackathons see an improvement in productivity, so the format must work.

Once you've set your time and date, and you know what you want to work on, the only thing left to do is to get to work. You'll probably want to stock up on snacks and drinks in advance to avoid giving resistance any excuses to pull you away from the work. But don't forget to give yourself breaks, too.

While hackathons are designed to encourage intense focus and productivity, we can only work hard for so long before we start to see diminishing returns. Stretching, drinking water, or a quick walk can all help to give your brain a break and improve your focus when you return to work. 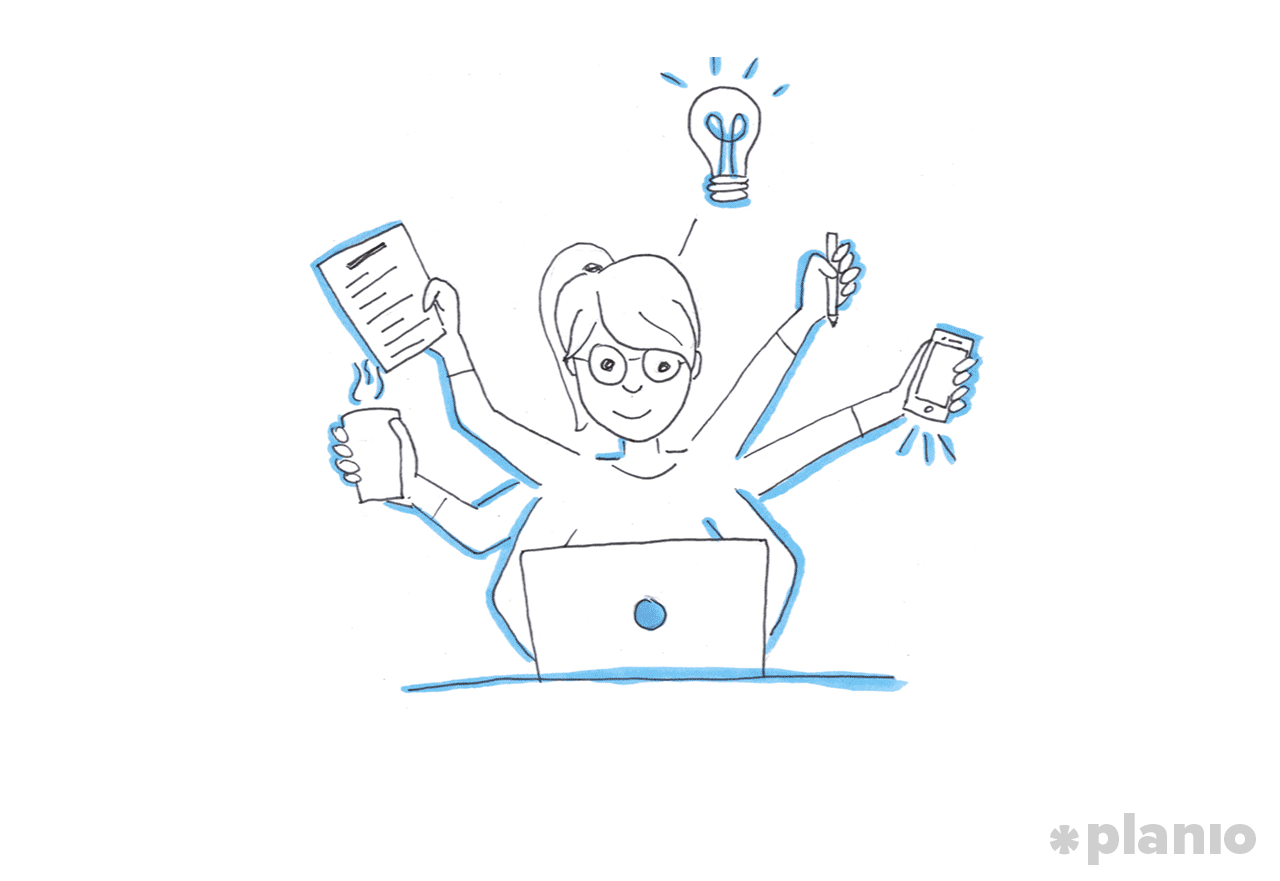 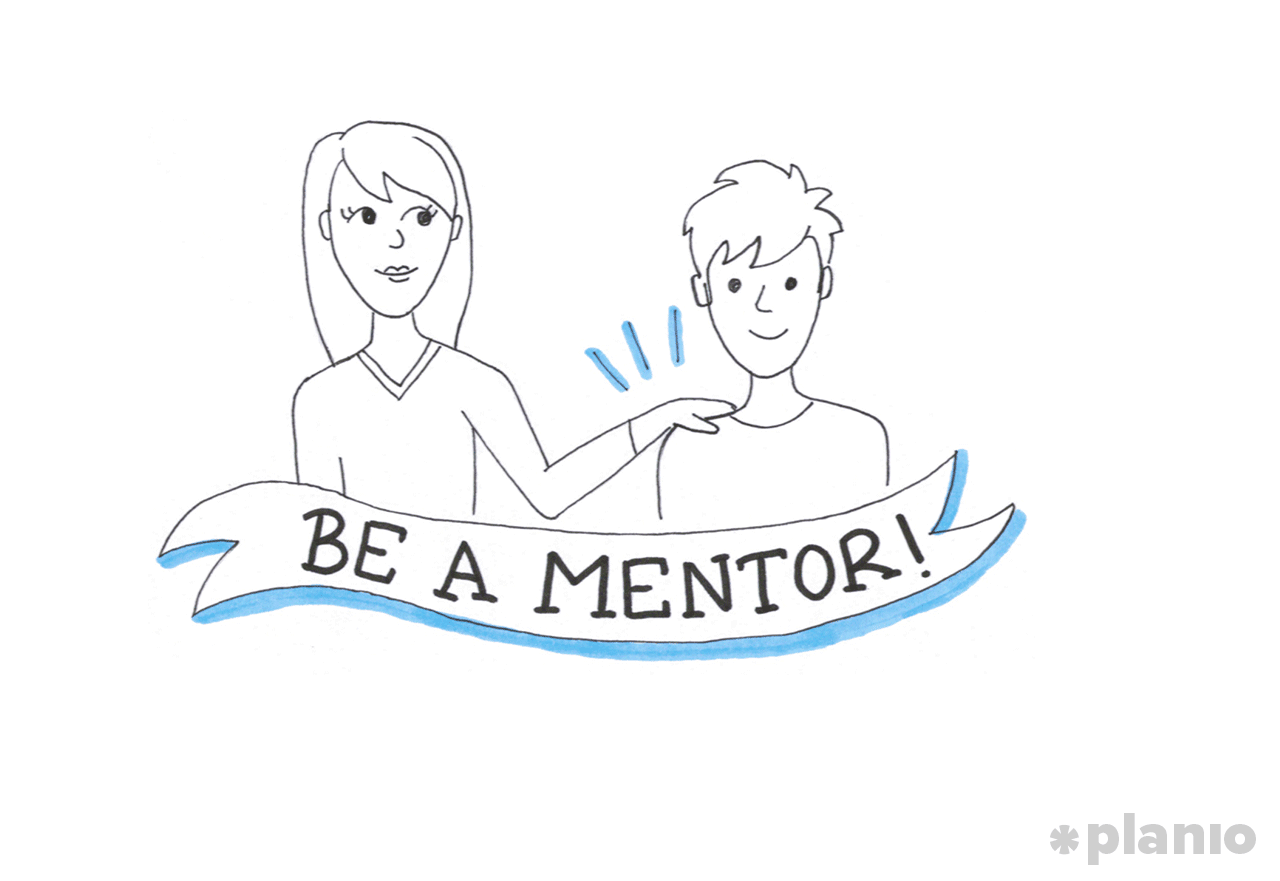 A short guide to mentoring: why it's useful, why you should be doing it, and how to find your own mentee 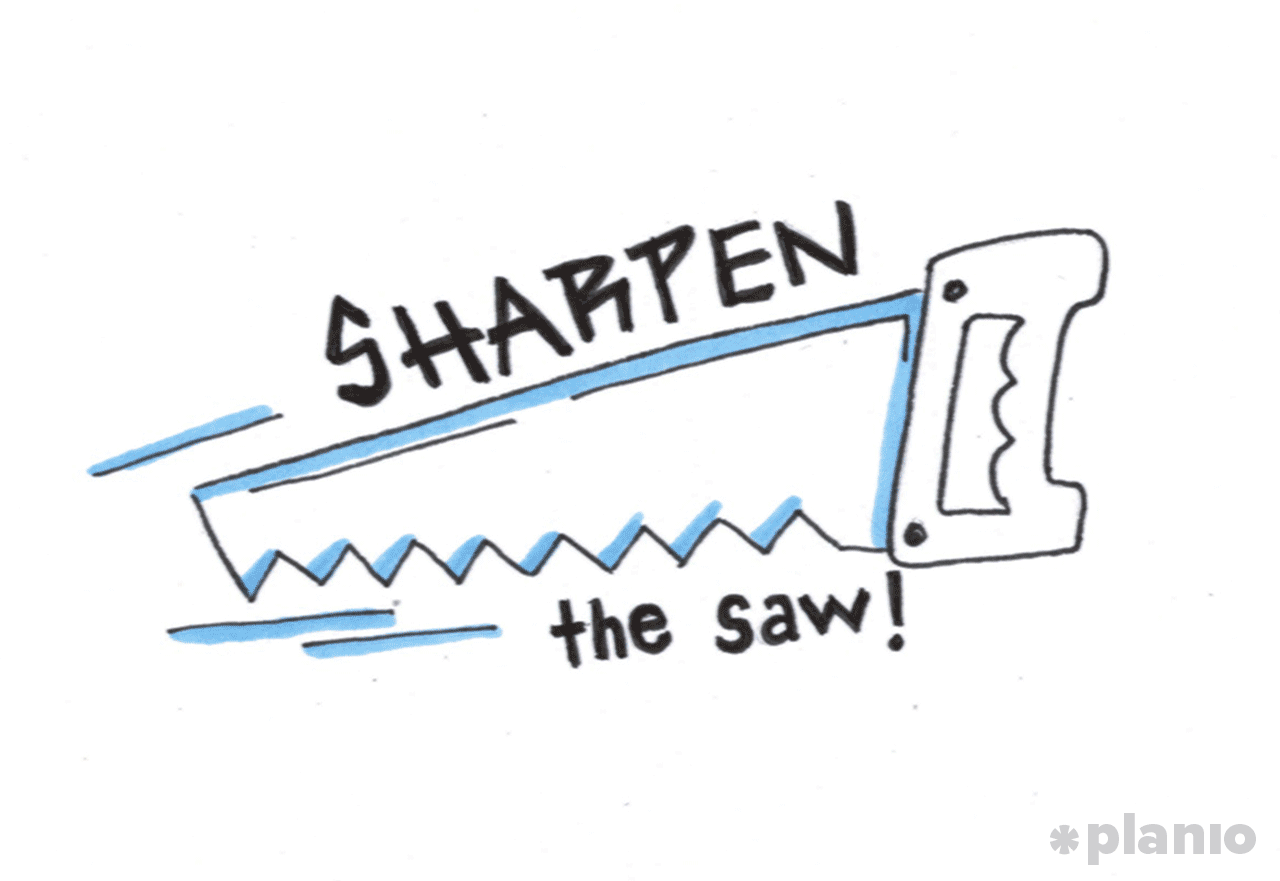 How to work less and get more done